From a Portuguese Princess to India to the world’s most popular brew to somewhat unexpected forays of tourism. The journey of tea might not be quite what you expect! 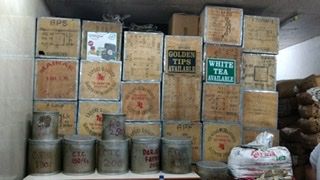 ‘Stick the kettle on,’ must be one of the most used sentences amongst the British population. We are renowned for our love of tea; the problems of the world, our latest relationship disaster, the dog chewing up our favourite pair of heels, the kids driving us round the bend, all seem a little bit better when we’ve got a brew in hand. The first thing we used to do, in pre covid days when people could just bob round, was make a cuppa, well, unless it was after 6pm when I think I’d be safe in saying a reasonable proportion of us may opt for pouring a glass of wine instead.

But all this aside, does anyone stop to think where tea comes from and how it is actually made?

It’s something that had never occurred to me until I found myself, staying in a fabulous tea planter’s bungalow in Darjeeling, surrounded by acres and acres of the stuff. It was impossible to even think of not learning a little bit about this now global brew. 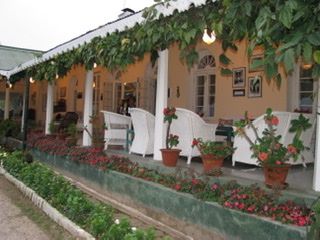 The general consensus is that tea originally came from China, indeed by the end of the third century tea had become China’s national drink, but, given that we aren’t too keen on exports from that part of the world just now, I’m going to pick up the story elsewhere, with a Portuguese princess who was catalyst for ensuring that tea became the popular global drink that it is today.

Princess Catherine of Braganza married King of England King Charles II in 1662. Her dowry included, £500,000, as well as the seven islands which formed Bombay, Tangier, the right of free trade with the Portuguese colonies, and tea! Now I am renowned for taking a box of Yorkshire Tea with me wherever I travel, it’s the only thing I miss when on the road, but back in the 17th Century, it was fiercely expensive and a luxury only the elite could afford. With a dowry of £500,000 (in those days!) Catherine could certainly afford it and insisted on sufficient being packed for her personal consumption whilst in England. Of course, as the fashion industry knows, whatever a young queen does, many others follow, resulting, by the end of the 17th Century, in most of British high society partaking in the beverage.

At that time tea was imported from China and the price so high due to the hefty transport costs and taxes imposed, however, tea was becoming so popular that the British owned East India Company realised that there was a significant business opportunity in the offing. Very simply put, they had access to an awful lot of suitable land in India and so they decided to look into the matter, most probably somewhat surreptitiously. British ‘spies’ infiltrated the Chinese tea industry and, shall we say, ‘misappropriated’ tea plants which then made their way to Darjeeling, ultimately giving birth to what is considered to be the ‘Champagne of teas’- Darjeeling tea. Other tea estates soon sprung up, notably in Assam (though tea was already there, just not as we came to know it) and some in the hills of south India. By 1853, India’s tea exports had reached 183.4 tons – and had soared to 35,274 tons by 1885. The Chinese monopoly was broken and we got the gift of tea in abundance, and the rest as we know is history.

When in Darjeeling, or Assam or Munnar – three of the better-known tea regions, it’s impossible not to nip into a tea factory and see how tea is made. The vivid colours of the saris of the tea puckers’ (most are women as they are more nimble of finger apparently) are in stark contrast to the lush and verdant carpet of green that seems to stretch for miles. It’s also fascinating to learn about the process but most fascinating for me is that the CTC machines (Crush – Tear – Curl) that were imported to India in the 19th Century from the UK are still in use today.

A visit to a tea factory is essential when in this region and this gave way to what is considered classic tea tourism. Indeed, many tea planters bungalows have been converted into exceptional boutique hotels both in India and Sri Lanka and they are well worth spending a few days at. However, as always, I am never quite satisfied with what is considered to be a ‘classic tour’ and, as with all good products, they constantly evolve. Over recent years I’ve met some wonderful people who are taking tea tourism to a totally different level. 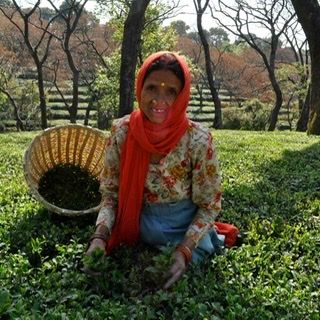 Pradeep Murthy, a former management consultant in London, returned to his home of Kerala with a vision to turn Keralan tourism on its head and set up an adventure travel company. The tea plantations were a perfect playground for this. One bonus, in a country like india with a population of 1.3 billion, is that the land that the tea plantations are on are hampered by strict building regulations. Adventure tourism however, doesn’t require many buildings and activities such as ziplining, off road mountain biking, hiking and 4X4 off-roading safaris are all brilliant fun ways to explore this region. 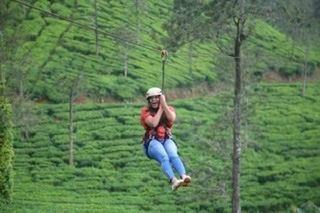 Camping out in 3000 acres is an incredible experience. Oh, but don’t worry, if you prefer a little more comfort, then many of the old colonial bungalows, as mentioned, have been converted into wonderful boutique stays. Not much can compare with watching the early morning sun tentatively exploring the rolling green vistas wreathed in the wisps of mist whilst enjoying a fine cuppa! For more about this muddyboots.in

Another person who is taking tea to a whole new level is Anamika Singh from Anandini Himalaya Tea. Gone are the standard tea blends doused with milk that we are familiar with (and is,indecently,not the way that tea was ever meant to be drunk), or green or herbal varieties. Anamika has created a whole range of tea cocktails with their Pinewood Smoked Tea and First Flush Tea (from the first pluck of the season) as well as created a range of non-alcoholic drinks such as Ginger Fizz Tea. She is also experimenting with infusing tea in food and pairing it with cheese and chocolate and cuisines from around the world. A journey around their family tea plantation with Anamika is a whole realm of experiences and learnings about this beverage you could never have imagined. You will certainly leave with a different perspective if not an entirely new reverence for this beverage!
anandinihimalayatea.com

My final person for this article is Julie Kagti from curtaincalladventures.com who was brought up on a tea estate in Assam and, it’s reasonable to say, has tea in her blood. Now, in the last paragraph, I mentioned the word, ‘blends.’ The tea that we are most familiar with is actually made up of what the professionals call, ‘tea dust,’ and most teabag teas are made up of a different mix of different teas from different places. Yorkshire Tea for example is a blend of teas from Assam in India, Sri Lanka and Kenya. One of the experiences that Julie has in her portfolio of wonderful and insightful experiences is not just a standard tea tasting experience (yes, you have to spit it out like you do with wine tasting – don’t we ladies?) is to experiment and make your own blend, and have it packaged up for you to bring home. However, Julie’s own profession for 20 years, before setting up Curtain Call Adventures, was textiles and she now also incorporates the natural dye weavers of homespun Eri, a type of wild silk yarn into her experiences. I had no idea that fabrics could be dyed by turmeric, onion skin, cow dung (!) and, yes, you guessed it, tea leaves. I made a wonderful scarf, dyed with onion and tea. I decided to call it the, ‘Wear a Menu Range.’ I’m not sure it will take off……. 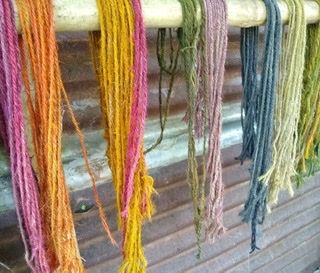 Philippa J Kaye has specialised to India for 22 years and is author of Escape to India, available on Amazon. She can be contacted at philippakaye@hotmail.com

Are you planning to travel?

Be ferry mindful when travelling this summer