“Me, Myself & Bipolar Brenda”

We regularly receive books to review and the latest one, by actress Natasha Naomi Rea particularly caught our eye.

Me, Myself & Bipolar Brenda 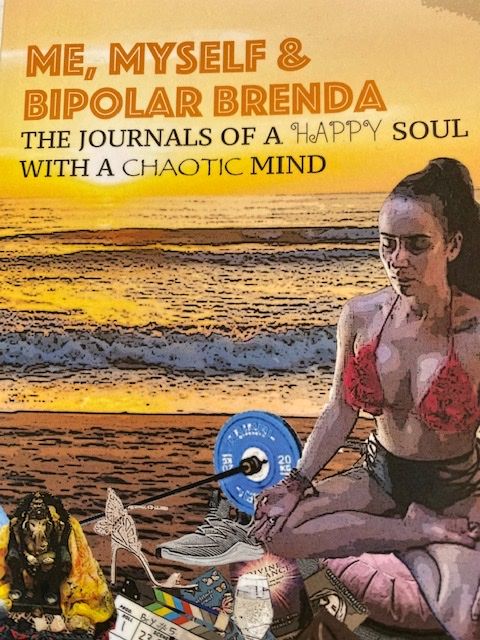 Natasha Naomi Rea, has appeared in shows including Coronation Street, Emmerdale and Doctors, to name but a few.

Now, at the age of only 31 she has penned a very candid book about her struggles with bipolar disorder “Me, Myself and Bipolar Brenda” which inspired the #speakoutlikeBrenda campaign.

This campaign has seen a number of familiar famous faces turn extracts from the book into powerful monologues, including actress Catherine Tyldesley who features in the latest edition of our bi-monthly magazine TopicUK.

Natasha is an ambassador for the charity Bipolar UK and is the mother to a young son Lucky Luciano whom she credits (along with her passion for the sport of powerlifting) with saving her life, as well as the practice of journaling her many and varied experiences with bipolar.

Natasha has been acting professionally since a teenager whilst struggling with mental health since childhood and in her twenties, started to journal. It is from the journals between 2013-2019 that her book emerged.

“Brenda” is the name that she attaches to bipolar, her “alter-ego”. When it chooses to raise its head, it often takes Natasha completely out of control and then back down to earth, with a colossal bang.

This, along with other alter-egos including Manic Mandy and Depressed Debbie helped Natasha separate these characters, thus allowing her to get to “know herself”.

“Me, Myself and Bipolar Brenda” isn’t just about bipolar, it is also about her experiences with life itself – and the book demonstrates the ups and downs of living with a happy soul, but a chaotic mind.

Natasha does not hold back, she openly takes you through her journals that she started when first diagnosed and the emotional journeys she has travelled. There is love, laughter, heartache, joy and disappointment. Clearly this is a lady who has willpower and is resourceful too, utilising meditation, Reiki, yoga and set meal times to self-manage her disorder.. Her authenticity and passion shines through, however we must warn you that in turn, her language is “colourful” too and not for the easily offended.

She quotes “This book has been my light. And I hope it shines on you too”.

Dressing for the occasion