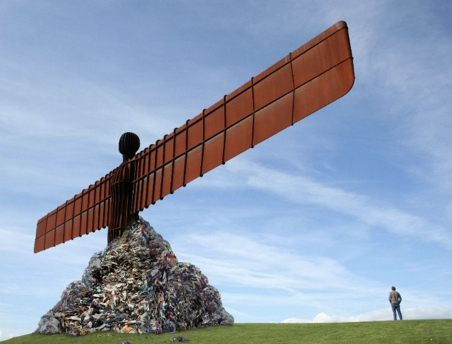 New analysis reveals that parents in the North are throwing away 350,000 wearable school uniforms each year, just because they have been outgrown.

With the average school uniform consisting of 32 percent polyester, or similar synthetic fibres, that’s the equivalent of 87 tonnes of plastic going to landfill each year, making up 25 percent of the 354 tonnes of uniform discarded annually across the country. This highlights a worrying environmental problem caused by Brits’ throwaway attitude to clothing.

To put this into perspective, leading name label manufacturer, My Nametags commissioned a series of images demonstrating the waste caused by school uniforms alone in each region of the UK. Each image depicts the amount of school uniform thrown away alongside an iconic local landmark, including the Angel of the North.

“It was shocking to find that the school uniform is needlessly thrown away, despite parents being careful to ensure it doesn’t get lost. With more and more clothing being made from synthetic fibres including plastic, such as polyester, this throwaway attitude to children’s clothes is having a significant impact on the environment.

“To put this waste problem into perspective we have calculated what it would look like stacked up against one of the North’s most recognisable landmarks, the Angel of the North, which we hope will make everyone think twice before needlessly throwing away items of clothing. We have also gathered our top tips to help families live more sustainably throughout the school year.”

The number of wearable school uniforms thrown away each year was calculated using research conducted by Censuswide on behalf of My Nametags amongst 2,000 UK parents. Parents were asked how often they replace their child’s school uniform because it has been outgrown and what they do with outgrown uniform.

The amount of plastic waste these binned uniforms contributes to landfill was calculated using the average polyester content (32 percent) of a boys’ school uniform (aged 10) from leading supermarket brands consisting of polo shirt, sweatshirt, and trousers. 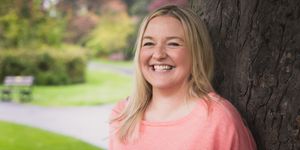 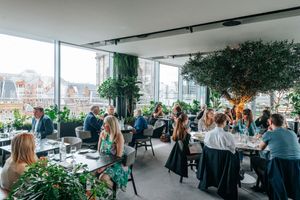 The Meadow at Crafthouse in partnership with Taittinger