The bestselling children’s author David Walliams, the award-winning Birmingham Stage Company and Coalition Agency have teamed up for a brand-new COVID-safe CAR PARK PARTY production of Billionaire Boy, coming to a site near you this April & May!

Billionaire Boy started life as a David Walliams novel for children in 2010, published by HarperCollins Children’s Books. In 2016 it was adapted into a BBC production and has since become a firm Christmas television favourite.

Billionaire Boy tells the story of Joe Spud, who is twelve years old and the richest boy in the country. He has his own sports car, £100k a week pocket money and two crocodiles as pets. But what Joe doesn’t have is a friend. So he decides to leave his posh school and start at the local comprehensive. But things don't go as planned for Joe and life becomes a rollercoaster as he tries find the one thing money can't buy.

David Walliams said: “I am delighted that families will have the opportunity to see some live theatre again. The show is hilarious and I hope spreads some happiness in these difficult times.”

CAR PARK PARTY was launched summer 2020 and quickly became the nation’s favourite family drive in with Horrible Histories ‘Barmy Britain’. It then helped to save Christmas with the hugely successful Car Park Panto, performing ‘Horrible Christmas’ to forty thousand family members in their cars across 16 wintery towns and cities.

Whilst the UK continues its fight back against the pandemic, children continue to miss out on live arts and so Easter presents the perfect time to bring live theatre to families across the country.

Neal Foster, adapter and director of Billionaire Boy said: “It was wonderful to be part of a magical enterprise in 2020 bringing live theatre to families desperate for the joy and connection theatre provides, so we are delighted to be presenting our production of one of David Walliams’ most popular stories which began its national tour in 2019 and was abruptly halted by Covid. The show’s actors are thrilled with the opportunity to return to a new stage with a story that demonstrates the importance of friends and family at this critical time for the world”. 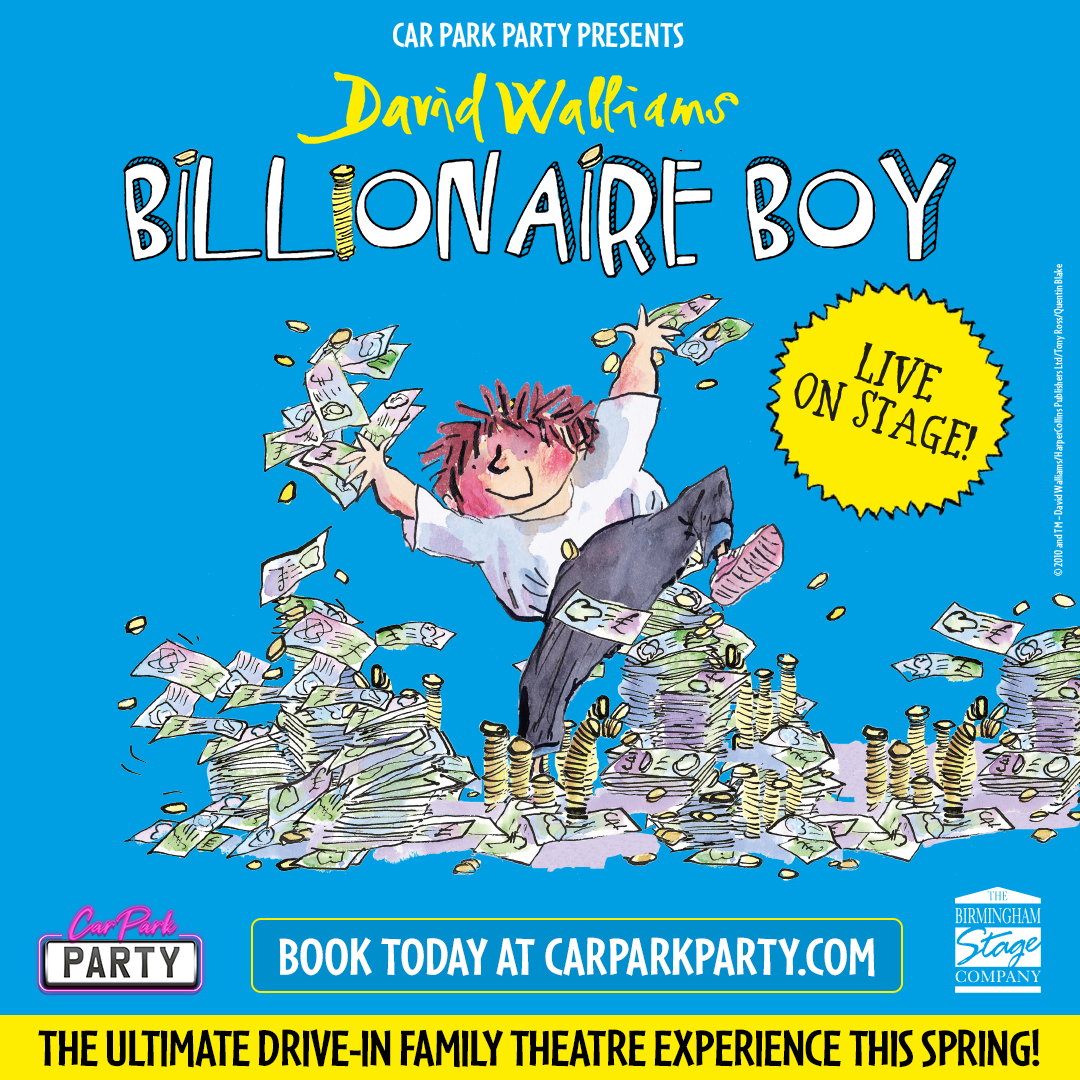 Bling Fling raises over £30,000 for Forget Me Not children’s hospice