Stephanie Park and Dorothy Hyman may not be household names to many, but their historic sporting achievements have seen them immortalised in a newly illustrated children’s card game, available to download for free.

The creative resource is part of the Hidden Histories Illustrated project that involves Leeds based, social enterprise Sporting Heritage working in partnership with freelance illustrator and education consultant, Jessica Hartshorn on the Arts Council England funded initiative to celebrate women and disability in sport.

The Yorkshire sportswomen have been nominated by Wakefield Museums and Castles and the National Coal Mining Museum respectfully, alongside a further 18 other inspiring sportswomen suggested by museums, cultural centres and sport organisations from across the country to be part of the original card game creation.

Stephanie Park (1940-2012) was a nurse and midwife from Wakefield. Following an accident, which resulted in losing a leg, she became a disabled shooter and sports coach. She won the Disability World Championships in 1987 and went on to coach a number of disabled athletes as part of the 2012 Paralympics. She was also instrumental in setting up the disability helpline, Dial.

Dorothy Hyman is a retired sprinter who won medals at the Rome (1960) and Tokyo (1964) Olympic Games. Dorothy was only 17 when she won a gold medal in the Commonwealth Games in 1958 and was the second woman to win the BBC Sports Personality of the Year.

Illustrator, Jessica Hartshorn (pictured) said: “We were delighted with how many organisations responded to our call out for suggestions to be included in this resource. 17 sports are featured, and all are inspiring women that have played a huge part in our sport and cultural heritage: it’s an honour to celebrate them this way.”

Sporting Heritage founding director, Dr. Justine Reilly adds: “Jess has created a beautifully illustrated game that is not only fun but is really interesting and informative, shining a light on some amazing stories from women across the sporting landscape. We hope people enjoy playing it as much as we have creating it.”

This is the third illustration creation of 8 hand-drawn resources which are aimed at children aged between 7-14 years made available as part of the Hidden Histories Illustrated project celebrating women in sport, disability in sport and unusual sporting objects through time.

This new free resource, along with the previous two creations are available to download now via the sporting heritage website https://www.sportingheritage.org.uk/content/what-we-do/projects/hidden-histories-illustrated/female-sporting-heroes 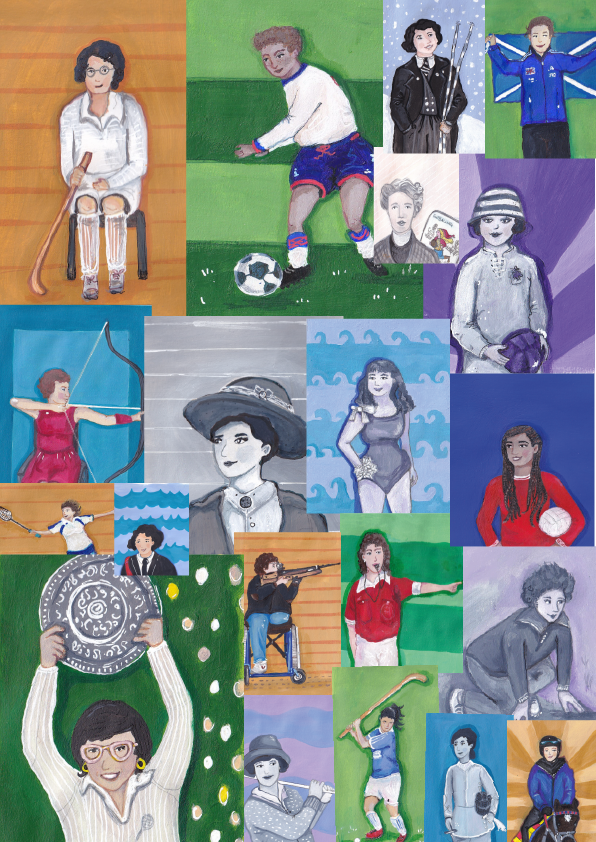 Passion for property and people are Sarah's inspiration

Here’s to strong women. May we know them, be them and raise them