Walking and words, two passions of mine. Last week I was out walking discovering, as many of us now have, our own back yard, finding walks and history and stories right on our doorstep that we previously never knew existed.

Given the amount of rain and snow that we’ve had, as soon as one ventures out into fields, it’s pretty hard not to get bogged down in mud. Now in these parts, we have words for mud that aren’t common throughout the rest of the country, clarty and claggy being but two. 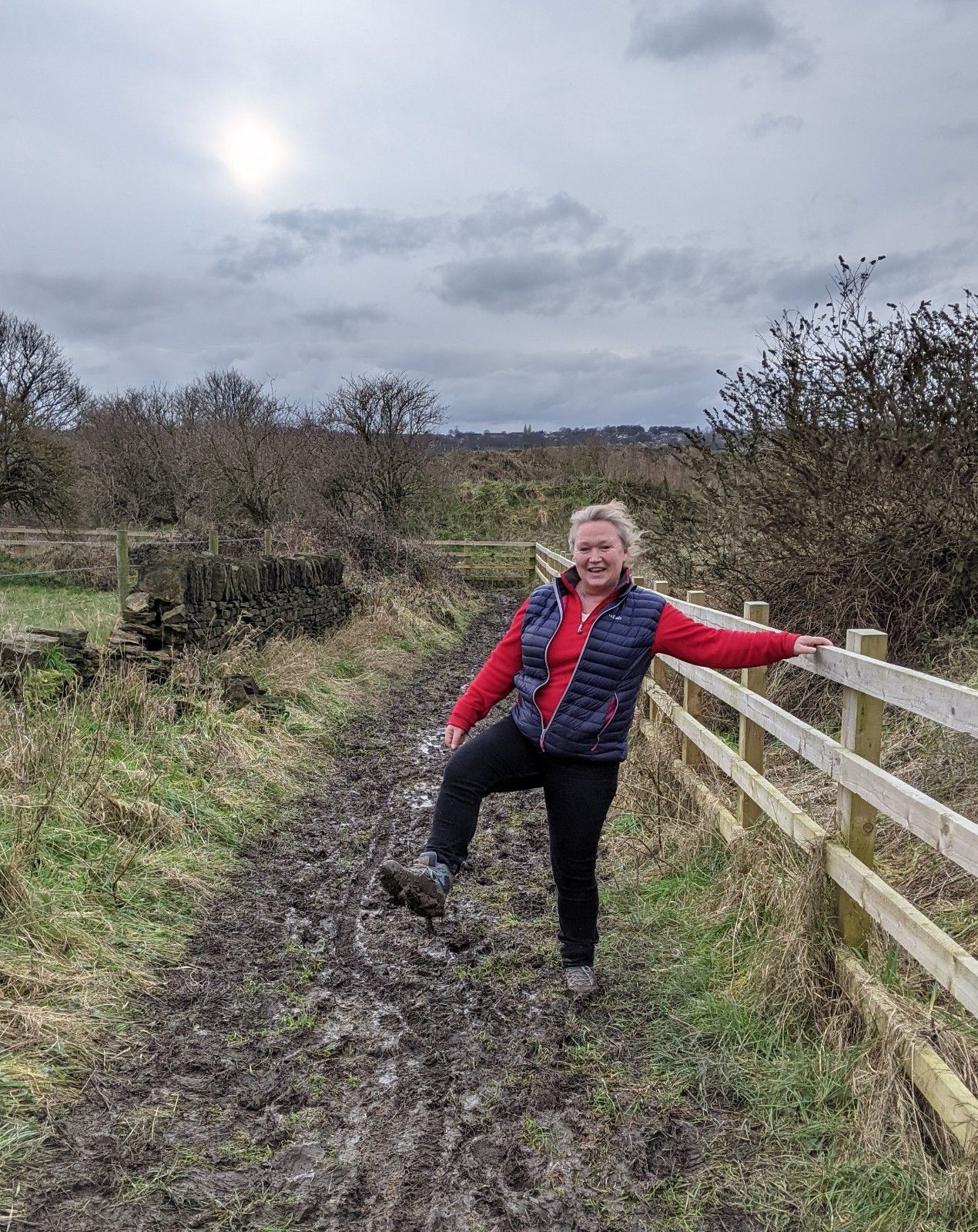 Yorkshire dialect proving to be evocative yet as down to earth as we are known to be. But this got me to thinking, where did many of the words that we use in our dialect originate? I began to research which then led me down an entire rabbit warren and I discovered that quite a few of our words date back to the 9th century when we were invaded by the Vikings who brought their own language, Old Norse with them. Apparently, many words that we use up north are similar to Scandanavian words still used today.

Now, I’ve heard of York (obviously) and the Jorvik Viking centre, but beyond that I’ve never really stopped to consider the Vikings invading the UK, perhaps this wasn’t covered in history lessons at school, to be fair, even if it was, would I have listened? However, we know that Vikings not only settled across most parts of the country, but that the densest population was found in Yorkshire, so why was this? Well, ask any Tyke and we’ll all say the same, they had sense. However, looking at it from a more logical perspective and given that the Danes were rowing over from ‘that side,’ it was more convenient for them to land somewhere along the east of our great island, and Yorkshire kindly provided them with a 45 mile long coast line.

Scotland and East Anglia were also equally as accommodating but they seemed to prefer Yorkshire for some reason. Like I said, they had sense and if they had been as prolific around the whole of the UK as they seem to have been here, would the whole country speak in (Yorkshire) tongues? I love that thought, probably as much as my southern friends would shudder at it.

Another theory I read, on a certain search engine, was that word of the wealth of the monasteries had spread and it was in the Viking nature, if stories are to be believed, to seek wealth and therefore importance by any means, taking land and plundering being two of the most common. Now in Yorkshire we have more monasteries, mostly now hauntingly beautiful ruins, than you can shake a stick at, walk your dogs round or photograph and this seemed like a logical reason, until that was I thought I’d better fact check. Most Viking invasions took place in the 8th and 9th Centuries. York fell to the invaders in A.D. 866, and soon became the chief city of the area known as the Danelaw. It turns out that other than a few, two of which are Kirkdale Monastery which dates from AD 664 and Hackness Priory, founded before 680 by St Hilda which was in fact destroyed in raids by the Danes c.870, most weren’t built until 200-300 years later.

Of course, we had and still have stunningly beautiful land, most of which was not farmed or cultivated, we also had a capturable workforce and harsh, bleak winters akin to their homelands. These could also have been factors, who knows? But whatever the reasons, they came and in Yorkshire they left a legacy that is still prevalent today, wherever we look, in our place names and our language.

I’ve often wondered why we had only three Ridings, north, east and west, what ever happened to south Yorkshire? However, it was these Danish rulers who divided Yorkshire into three administrative parts called ‘thridings’ (thirdings) from which we get the Yorkshire Ridings and it’s worth noting that a third of place names in the East and North Ridings in the Domesday Book are of Scandinavian origin.

However, given that this piece was prompted by walking, I’ll stick with the words we gained related to that and next time you head out for a bracing stroll, braving the elements, (in your own particular region, keeping lockdown rules in mind) give a thought, if you are so inclined, to our ancestors who back in 850 AD, didn’t have waterproofs or hiking boots, but did give us the following:

Oh and if you see a sheep which is stranded, on its back, legs in the air, the local lingo to report to the farmer, unless you are adept at flipping sheep, is rig-welted (hrygg spine + velte).

And last but by no means least, after all that exercise you might head home and be tempted to a bit of ‘liggin out’ in front of the TV with a brew. Ligg ned is still used today in Norway and literally means to 'lay down.'

Philippa J Kaye, originally from Yorkshire, is an adventurer, explorer, writer and author, her book Escape to India is available on Amazon.

Are you planning to travel?

Be ferry mindful when travelling this summer