Sarah Hardy is a Yorkshire lady who is an avid book lover and reader. Starting from today, she will be sharing her book reviews and we look forward to hearing her views. 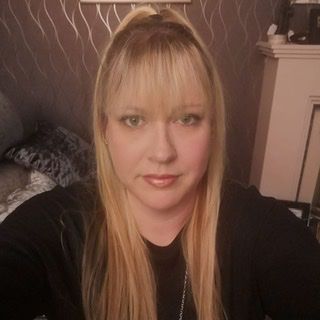 As a child, books were a constant companion and you could always find me with my head stuck firmly between the pages. Never really knowing what I wanted to do in life until I reached the milestone of being 40, I have spent most of my working life in retail. That all changed when my husband bought me a Kindle for Christmas. It reignited my love of reading and I started getting involved with book groups on Facebook and discovered blogging.

I set up my own book blog https://bytheletterbookreviews.com/ just over five years ago now where I share my thoughts on the books I’ve read and enjoyed. Through blogging and my involvement in the book groups, I was approached by a small digital publisher to see if I was interested in reading their submissions. I jumped at the chance at the opportunity to get a foot in the publishing world which is where, at long last, I knew was where I wanted to have a career.

After a few months of reading submissions, I went on to take over the Social Media and Publicity role. A lot of my time was spent on social media which is one of my favourite places to be as well as organising blog tours which is some-thing I’ve always enjoyed taking part in for other organisers and publishers.

In 2018 I made the decision to go freelance organising blog tours directly with publishers and authors. I have also since started working freelance for Bookouture, a leading digital publisher, which I absolutely love.

Alongside my love of all thing’s books, I am also a wife and mother and when not usually relaxing with a book, can be found spending time with family and friends.

Here is my first review for Yorkshire Businesswoman:

The Curator by M.W. Craven 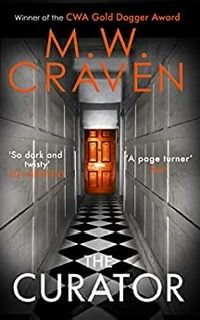 The author gives enough background within this story for it to read as a standalone but I would highly recommend reading the previous books simply because they are brilliant.

With a great opening to get us hooked, the author doesn’t let up with a gripping and steady pace throughout. All the elements I have loved from the previous books are as present in this one. Poe’s springer spaniel Edgar, threatens to still the lime light as usual and he is a great asset to the series, even though he sadly only has minor parts. Tilly is her usual intellectually brilliant self and the working relationship between her and Poe is made of award-winning stuff.

The case is a complicated one with body parts turning up with a code which will only ever be a matter of time for Tilly to crack. The investigation takes twists and turns as Poe and Tilly close in on finding out just who the Curator is. I have to say the who and why makes for some seriously jaw dropping reading and the ending, well it just makes me love Poe that little bit more for standing by his morals.

The Curator is a story that will grab your attention from the start and never let’s go. I’ve said it before and I will say it again with my reviews for this series, the characters are what make it the compulsive reads that they are. With an intellectual case with each offering, this is yet another book that I struggled to put down. A page turning, unputdownable read at the top of its genre.

It's Christmas and a serial killer is leaving displayed body parts all over Cumbria. A strange message is left at each scene: #BSC6
Called in to investigate, the National Crime Agency's Washington Poe and Tilly Bradshaw are faced with a case that makes no sense. Why were some victims anaesthetized, while others died in appalling agony? Why is their only suspect denying what they can irrefutably prove but admitting to things they weren't even aware of? And why did the victims all take the same two weeks off work three years earlier?
And when a disgraced FBI agent gets in touch things take an even darker turn. Because she doesn't think Poe is dealing with a serial killer at all; she thinks he's dealing with someone far, far worse - a man who calls himself the Curator.
And nothing will ever be the same again . . .

Bringing the world into your home