Live at The Piece Hall, Halifax.

Disco is coming to the Dale!

One of the world's greatest artists comes to Halifax for an unforgettable outdoor show at The Piece Hall.

The Live at The Piece Hall Series continues to ascend to new heights for 2021, with the inclusion of an outdoor performance from one of the music industry’s most influential acts of all time, Nile Rodgers & CHIC.

Nile Rodgers & CHIC will come to Halifax on Friday 18th June, bringing with them a world-renowned live show and an endless catalogue of hits including ‘Everybody Dance’, ‘Good Times’, ‘I Want Your Love’, ‘Le Freak’, ‘Upside Down’, ‘He’s the Greatest Dancer, ‘We are Family’ and ‘Get Lucky’.

Among music legends, Nile Rodgers is truly exceptional. He amplifies his legacy as a multiple GRAMMY-winning composer, producer, arranger and guitarist by constantly traversing new musical terrain and successfully expanding the boundaries of popular music. As the co-founder of CHIC and the Chairman of the Songwriters Hall of Fame, Rodgers pioneered a musical language that generated chart-topping hits like “Le Freak,” (the biggest selling single in the history of Atlantic Records) and sparked the advent of hip-hop with “Good Times”. Nile’s work in the CHIC Organization and his productions for artists like David Bowie, Diana Ross, and Madonna have sold over 500 million albums and 75 million singles worldwide.

Adding to the already rescheduled 2020 series at The Piece Hall, and the just-announced show with The Cribs, this announcement brings a true musical legend to Halifax in what will be an unmissable show. Also announced is platinum-selling MOBO award nominee Rebecca Ferguson, with more artists to be added to the line-up in the coming months.

Nicky Chance-Thompson, CEO at The Piece Hall Trust, said, “We’re delighted to announce that the legendary Nile Rodgers & CHIC is the latest act to join our impressive ‘Live at The Piece Hall’ line-up for 2021.

Working with FutureSound to secure yet another top-quality act, we’re thrilled that our iconic venue will play host to such an influential musician. Bringing the best of his music career and disco classics to life across Calderdale, we can’t wait to build on our fantastic reputation for culture and the arts and invite music-lovers to come together for this memorable outdoor performance at our famous piazza.”

Tickets for Nile Rodgers & CHIC plus special guests will go on sale from www.seetickets.com, Gigantic.com and www.lunatickets.co.uk from 10am on Friday 11th September. The Piece Hall will be running a members pre-sale for 24 hours from Thursday 10th September at 10am. 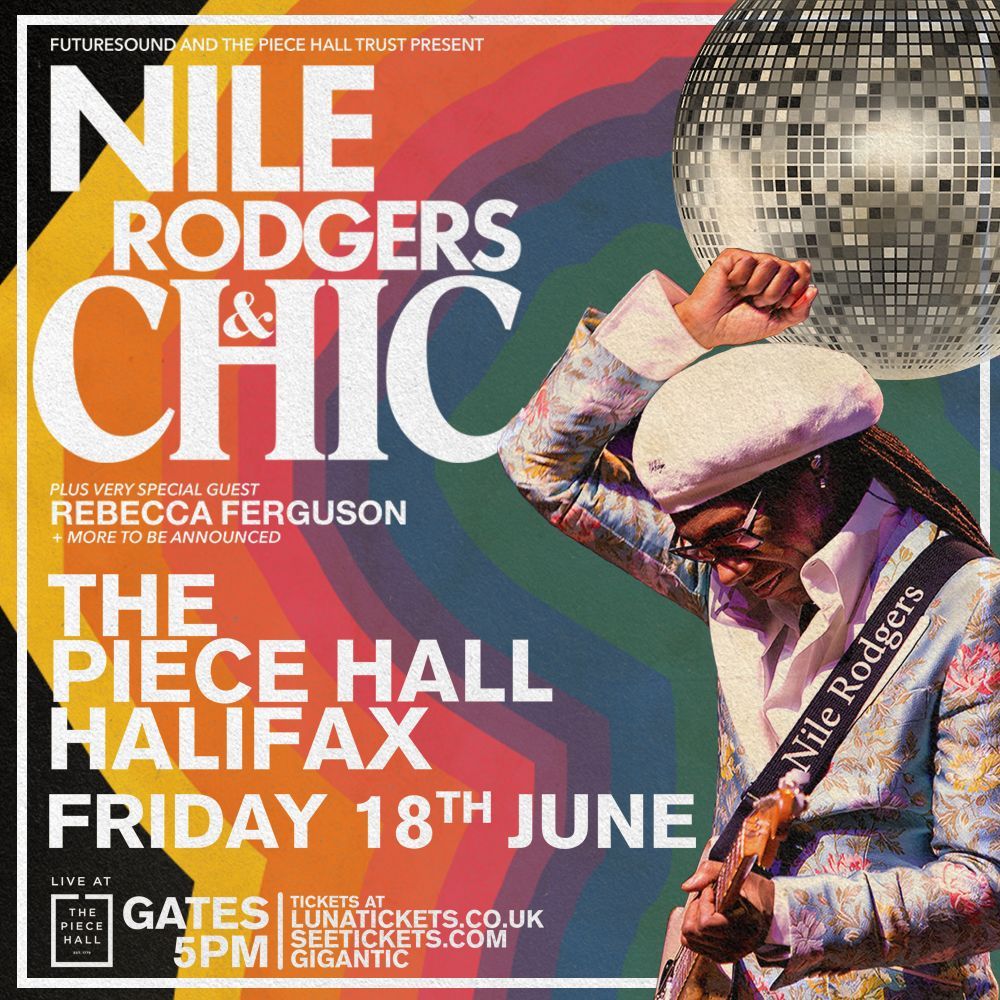