Pledging to try a vegan diet

Since 2014, Veganuary has inspired and supported more than one million people in 192 countries to try vegan for January – and beyond.

Veganuary is a UK non-profit organisation that encourages people worldwide to try vegan for January and beyond. During the 2020 campaign, more than 400,000 people took the pledge to try a vegan diet, while more than 600 brands, restaurants, and supermarkets promoted the campaign, and launched more than 1200 new vegan products and menus in the UK market alone.

People give a number of reasons for choosing to cut the amount of animal foods in their diets, from reducing animal suffering, improving health or to lessen the environmental damage caused by food production. Many people already eat more meat than is healthy, and scientists say cutting out meat is the single best way individuals can tackle the climate and wildlife crises. 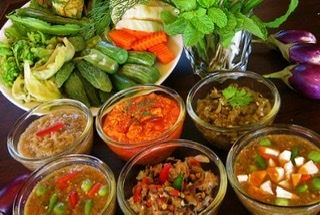 Many people still believe that vegan food is always more expensive than non-vegan food. Whilst some of the latest plant-based alternatives to meat and cheese are exciting, the cost can also add up.

With this in mind, here are some tips from Veganuary to help you get the most out of your money:

• Build your meals around filling staples like pasta, potatoes, rice and bread – opting for wholemeal as it’s healthier.
• Instead of shopping in specialist free-from shops or aisles, look for accidentally-vegan goodies - this is a bit more of a treasure hunt, but you will likely find products which are far cheaper. During lockdown follow vegan pages on Facebook or Instagram, which can often give you the low down on the latest accidentally vegan finds.
• Do not feel you have to try all the latest vegan products. Plant-based equivalents to meat and cheese can be pricey – and while they’re tasty there are other options which are a perfect substitute.
• When it is safe to do so, try out different shops - Asian supermarkets often have far cheaper tofu and jackfruit, for example. In a large supermarket, the World Foods section will often have cheaper nuts, coconut oil etc. than the other aisles. 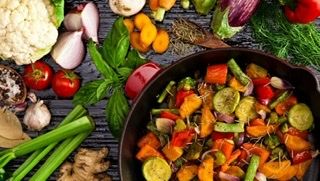