Running routes, you need to try in the UK.

This time last year, we hated running. Then the pandemic hit, and lockdown changed outdoor activities into a luxury with many people turning to jogging during the crisis, just to be outside.

On 13 October, the UK Government announced that the UK would be placed into a set of local COVID tier systems. Will this affect your runs? To put it simply, no. The systems still allow us to meet others to run as long as you are not running in a group of more than six.

Why not reignite your passion for running this Autumn, with a total of more than 250 marked running routes in the UK; there are plenty of trails to choose from. UKCaravans4hire.com have narrowed down their favourite trails to give us the best trail-running spots in the UK.

Hadrians Wall
In the city of Carlisle, England.
Hadrian's Wall, also known as the Roman Wall, has plenty of gradients to get your blood pumping. The route consists of five miles with impressive views and historical interest, taking you along part of the 73-mile Roman wall. If you’re looking for a little distraction on your route, this is the perfect place to run. 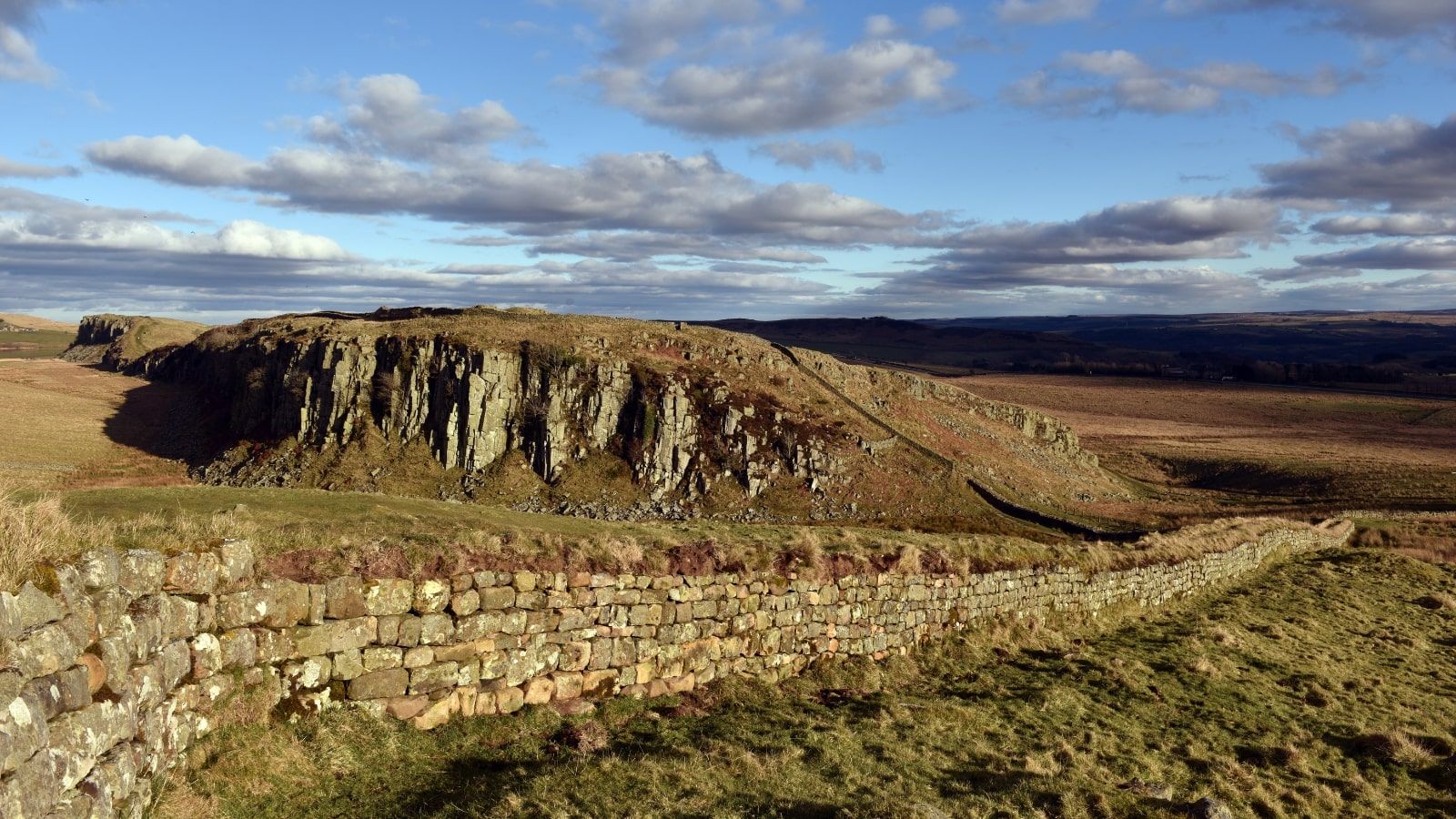 Jurassic Coast and the South West Coast Path
Stretches from Exmouth to Studland Bay, Dorset.
The World Heritage Site, Jurassic Coast is located on the English Channel coast of southern England, stretching from Exmouth in East Devon to Studland Bay in Dorset - a total distance of about 96 miles. Yearly, a festival is held which incorporates an ultra race (50km +), marathon, half marathon, 10km and children’s races. 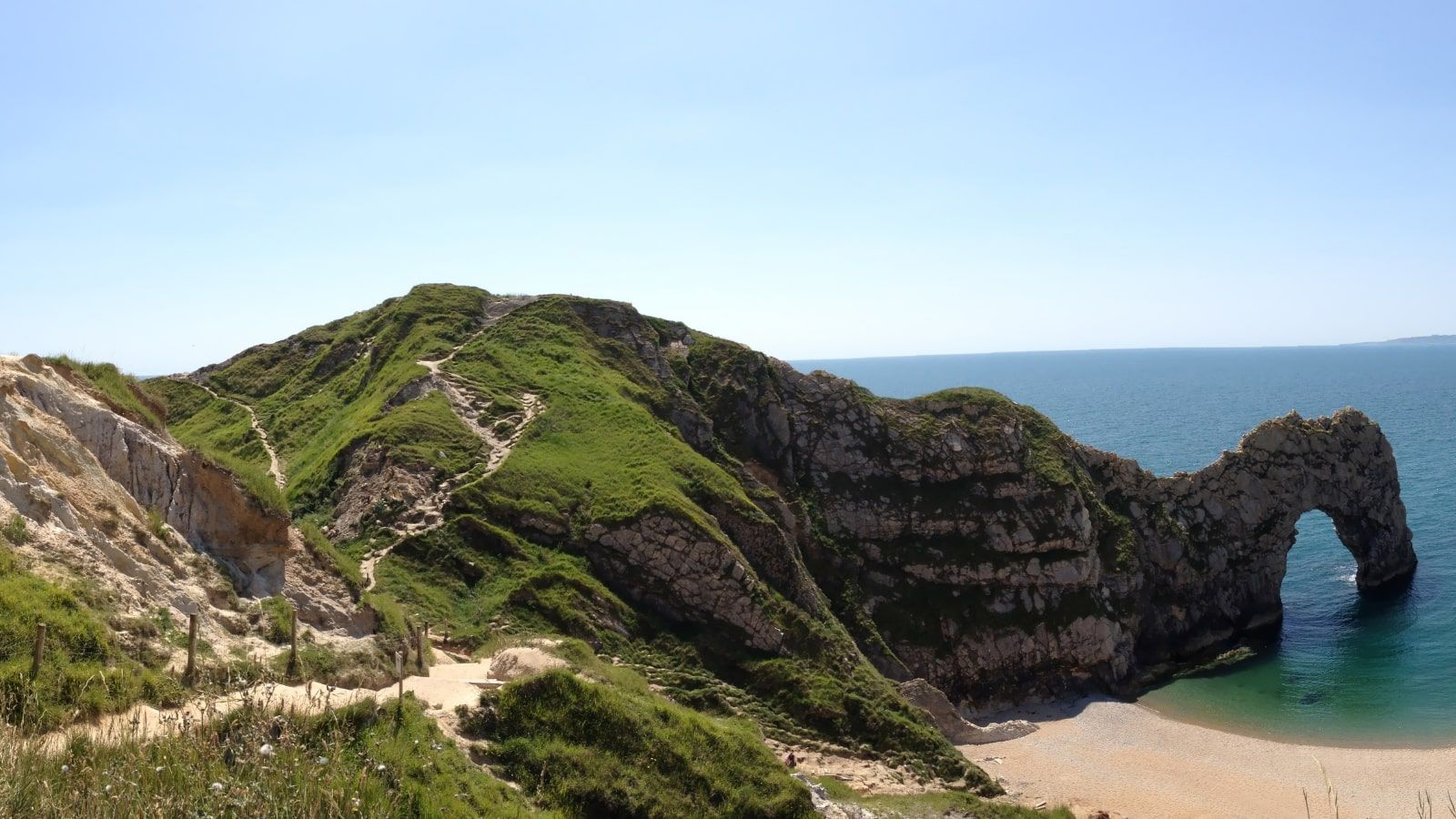 Gardener’s Trail, Tintern Abbey
Welsh bank of the River Wye, Tintern, Wales
At Tintern Abbey, founded in the early 13th century by Lord of Chepstow, has a few different trails but the Gardener’s course is our favourite. On this six-mile trail, you can cross the Tintern River via the historic stone bridge whilst enjoying the green scenery containing 200-year-old beech trees! Also, halfway through the route, you will discover the Colclough Walled Garden and ruins of the head gardener’s cottage on the return path to the trailhead. 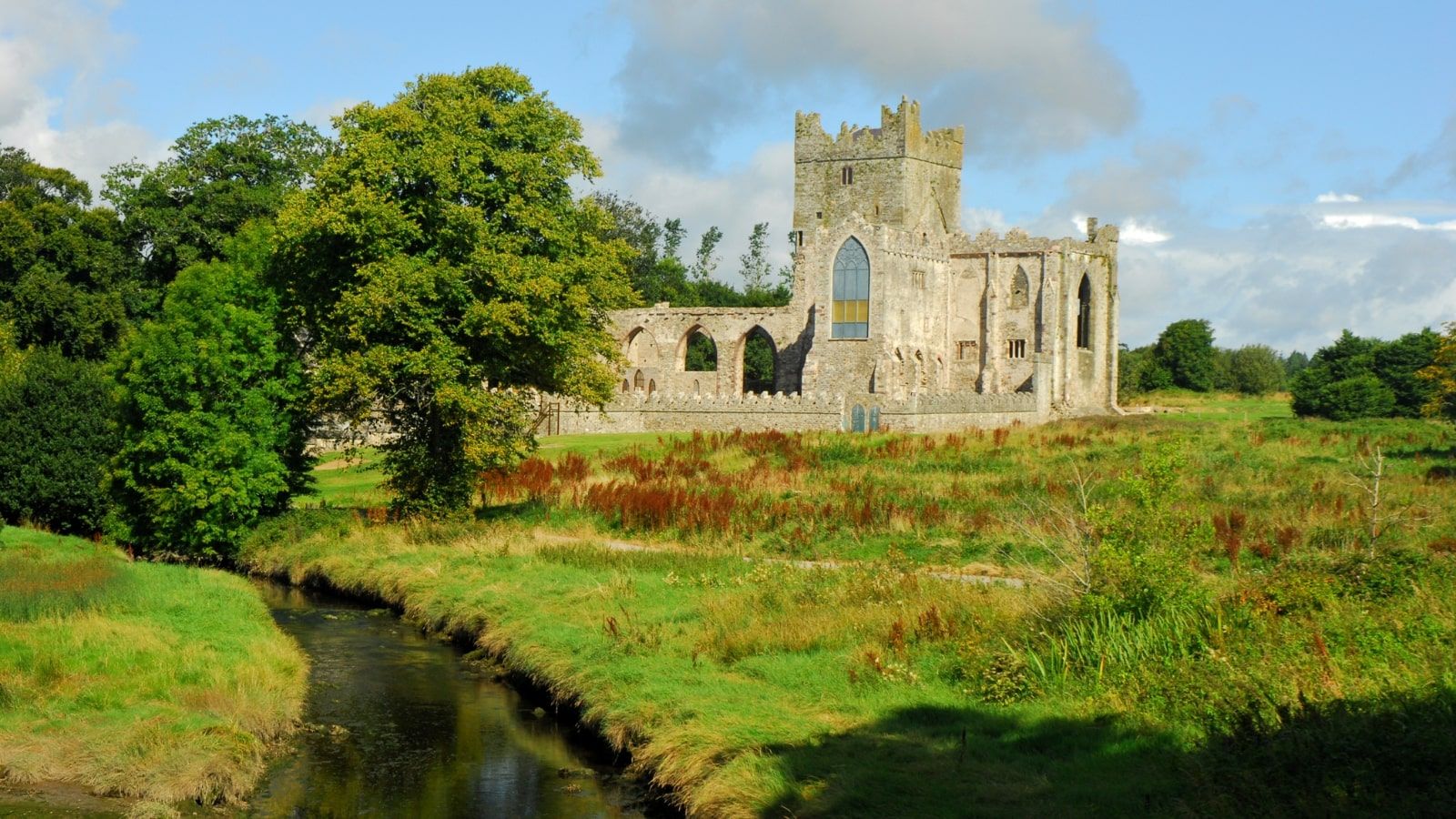 Tarka Trail
From Croyde to Saunton Sands, Devon
The figure-eight, 180-mile route, travelled by Tarka the Otter (in the famous novel by Henry Williamson) passes through unspoiled countrysides as well as beautiful beaches with dramatic sea cliffs. The southern loop is the longest, continuous off-road cycle path in the UK with spectacular views of Dartmoor and Exmoor and a varied amount of places to visit along the way such as Crow Point, Meeth Quarry and the ‘little white town’ of Bideford. 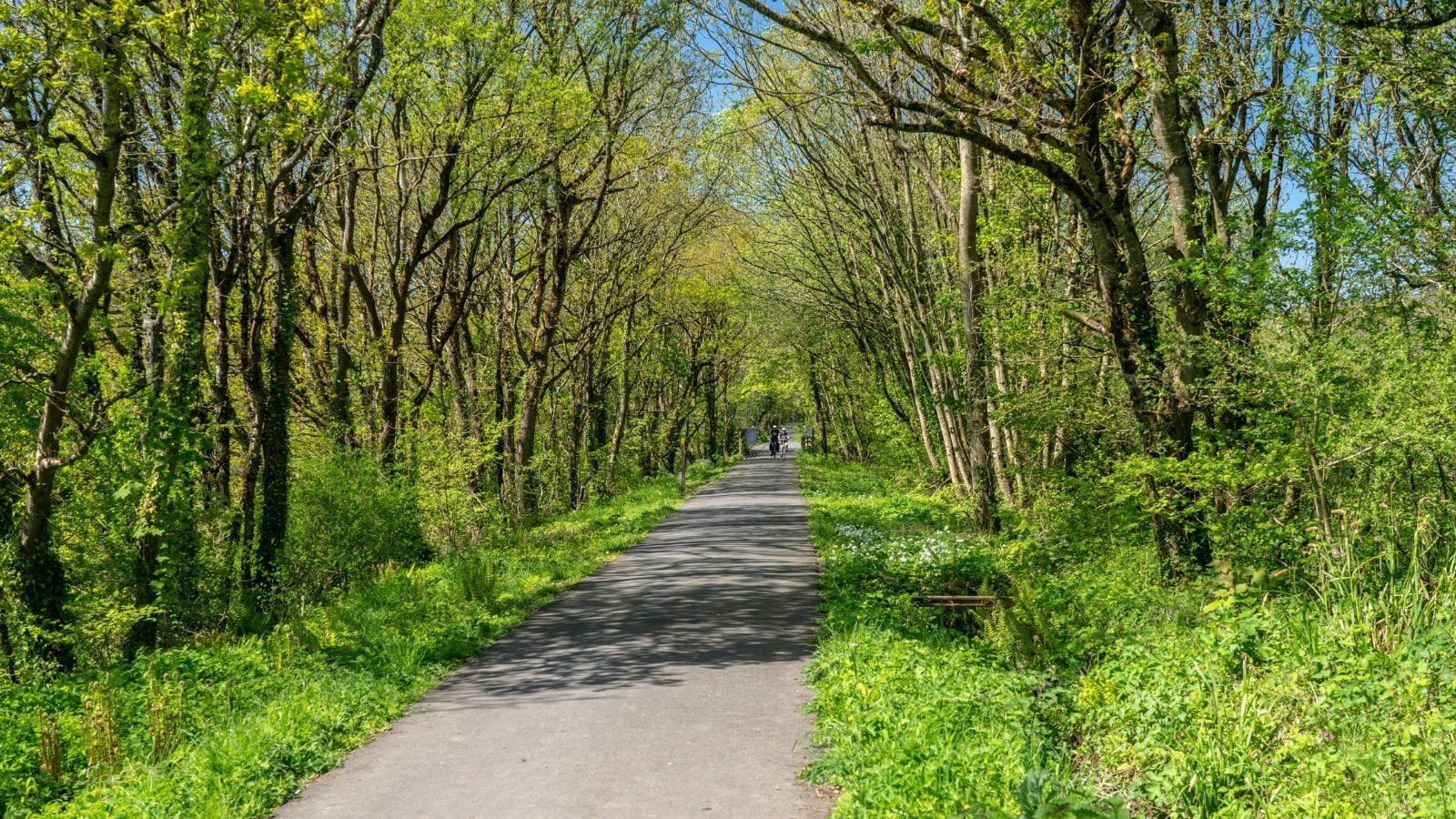 Regent’s Canal Trail
Limehouse Station, through the heart-and-soul of London.
With a distance of 4.6 miles, this route starts in Regent’s Park following on to Regent’s Canal Towpath. The trail traverses by the world’s oldest scientific zoo, London Zoo, where you can catch a glimpse of the resident tigers, zebras and more. You will also find yourself passing through the once industrial (now hip and alternative) Camden Town, where you can pick up a bite to eat at the market before the run back through Regents Park. 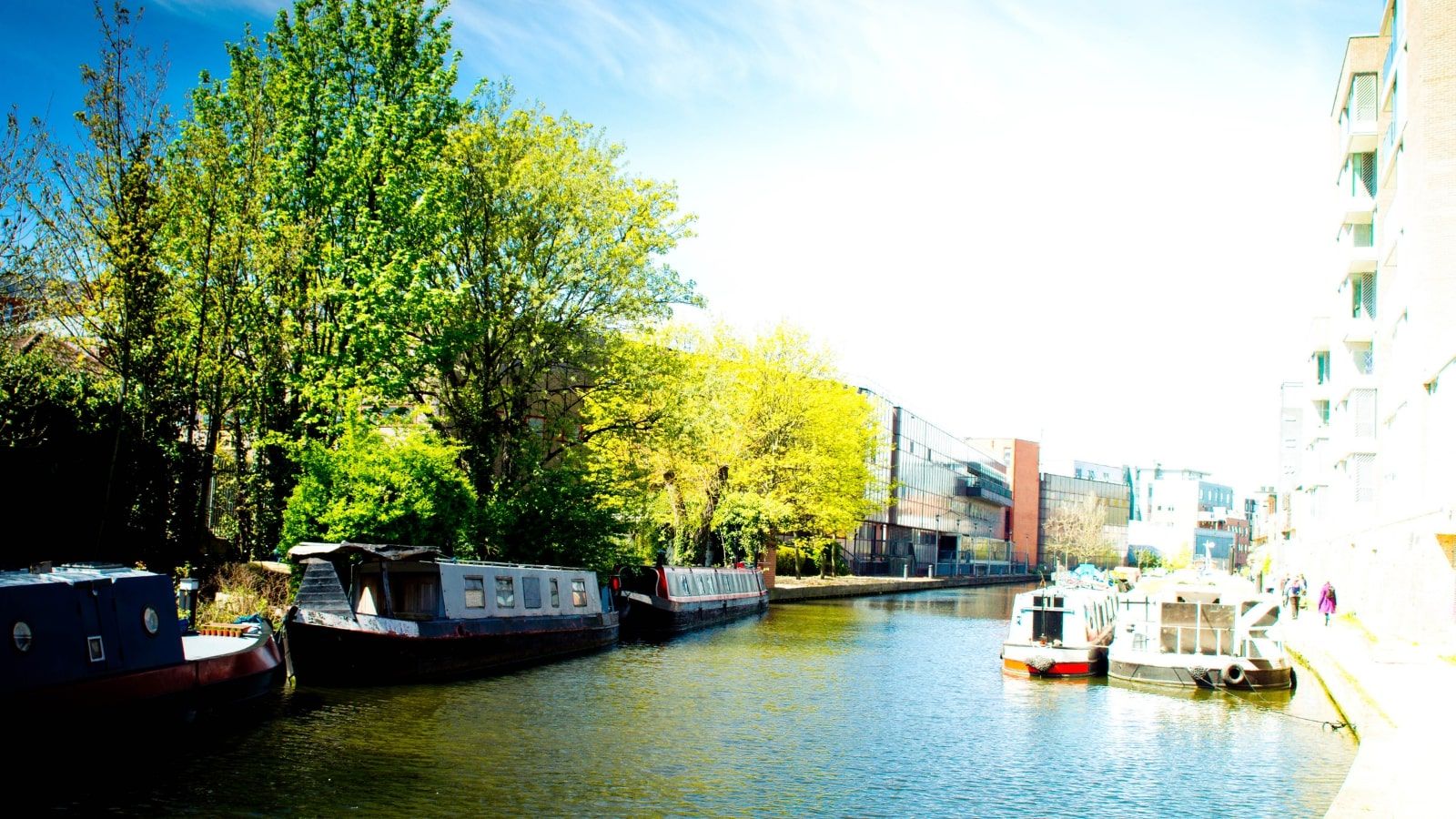 Yr Afron Trail, Coed y Brenin
Based in Snowdonia National Park, North Wales
The forest road trail of Afron provides breathtaking picturesque views of the river Mawddach including the beautiful waterfalls on the river Gain and Mawddach. It’s a relatively low-level seven-mile route on forest roads however it does include a rougher section of private track with short steepish climbs and a steep forest road descent. 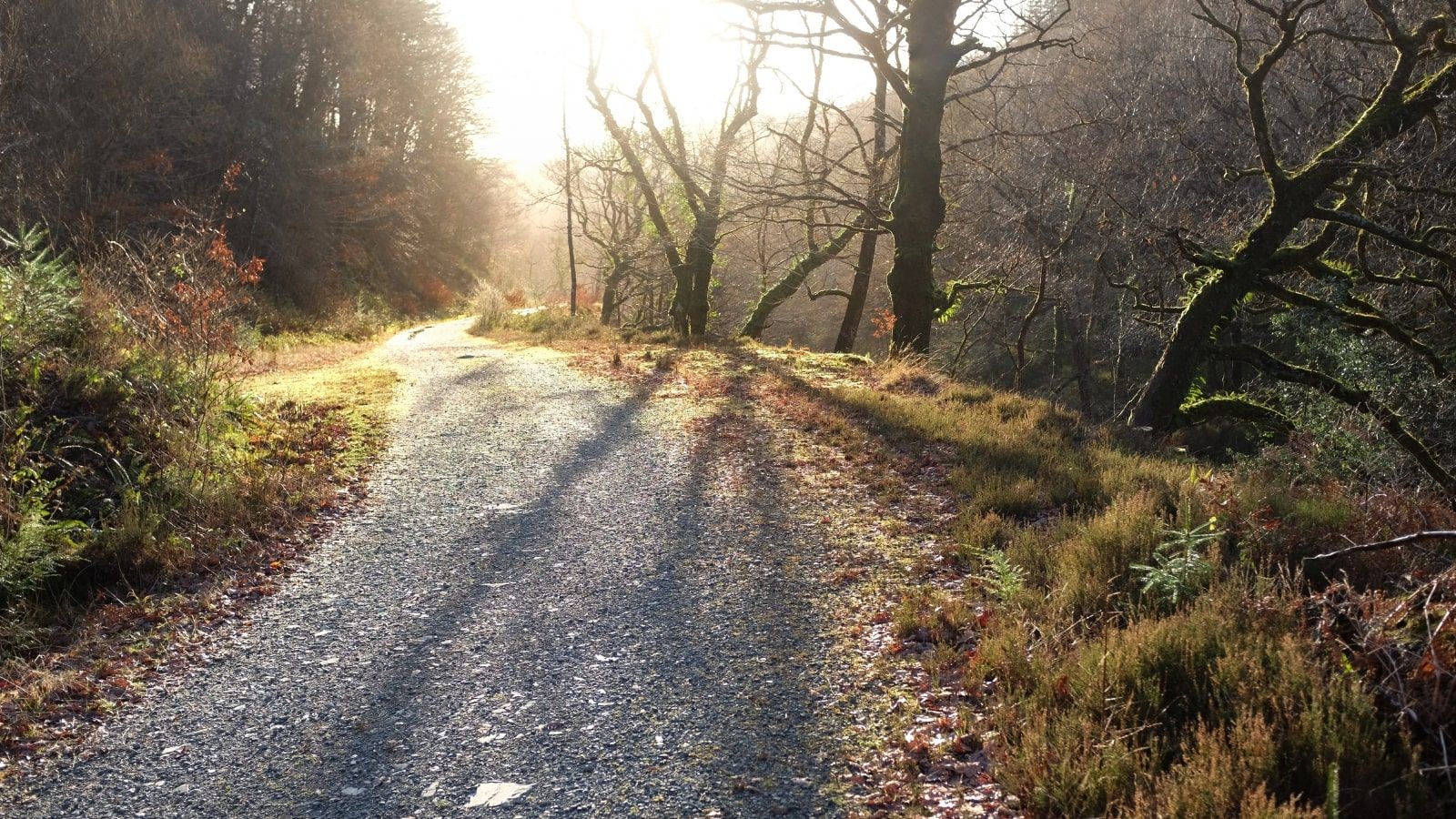 Bob Graham Round, Lake District
Forty-two fells, starting and finishing at Keswick Moot Hall.
The Bob Graham Round is a fell running challenge in the Lake District, famously named after Bob Graham, who in June 1932 broke the Lakeland Fell record by traversing 42 fells under 24 hours! The route is a total of 77-miles and is advised to be tackled over five or six days. 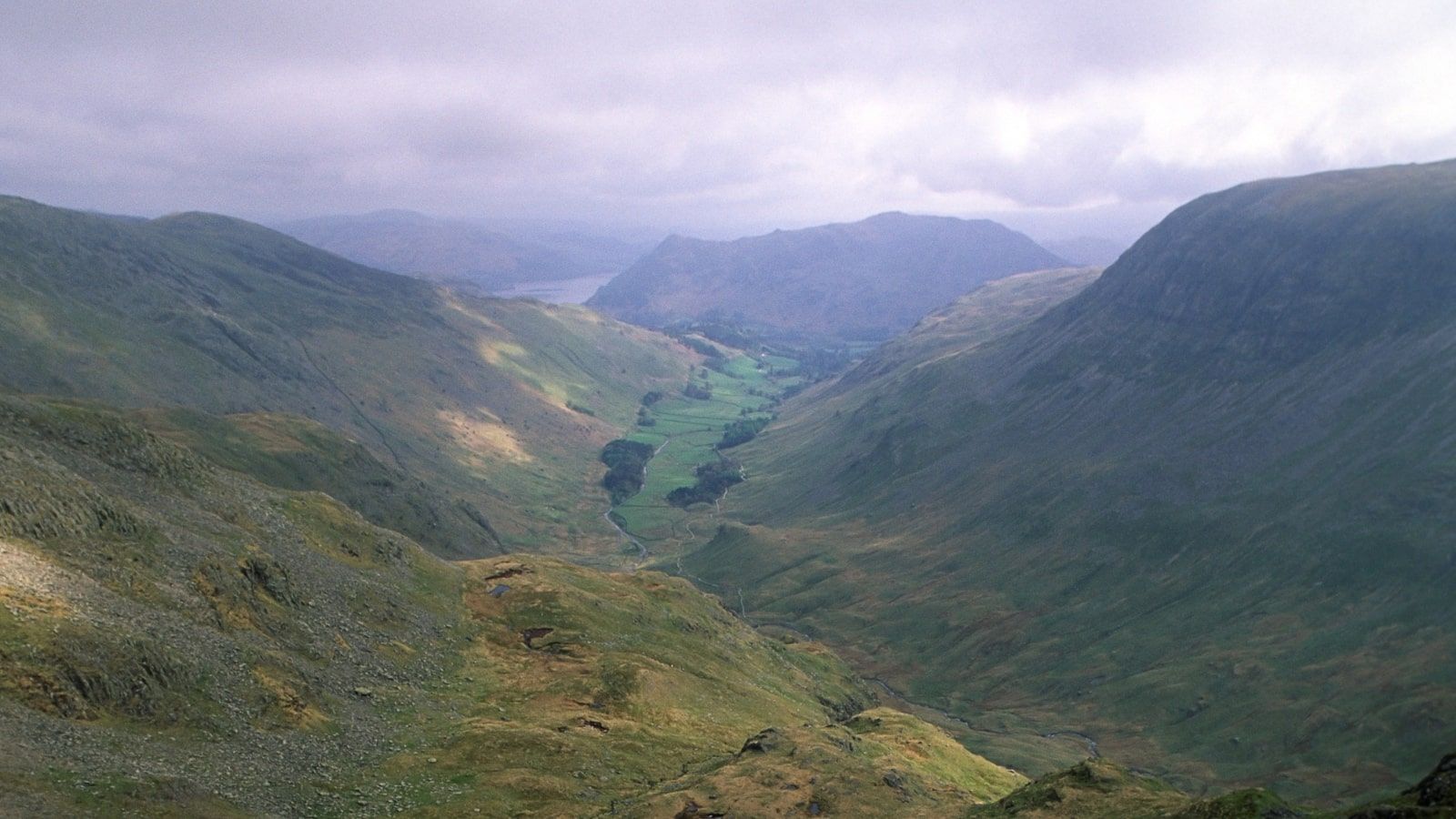 High Peak Trail, Peak District
From Dowlow near Buxton to High Peak Junction at Cromford
The 17-mile trail running along the High Peak Railway, first opened in 1831, was bought by the Peak District after many years of minerals and goods travelled between Cromford Canal and the Peak Forest Canal. The beautifully scenic route offers dramatic views of the stunning Derbyshire Dales between Middleton Top and Parsley Hay. 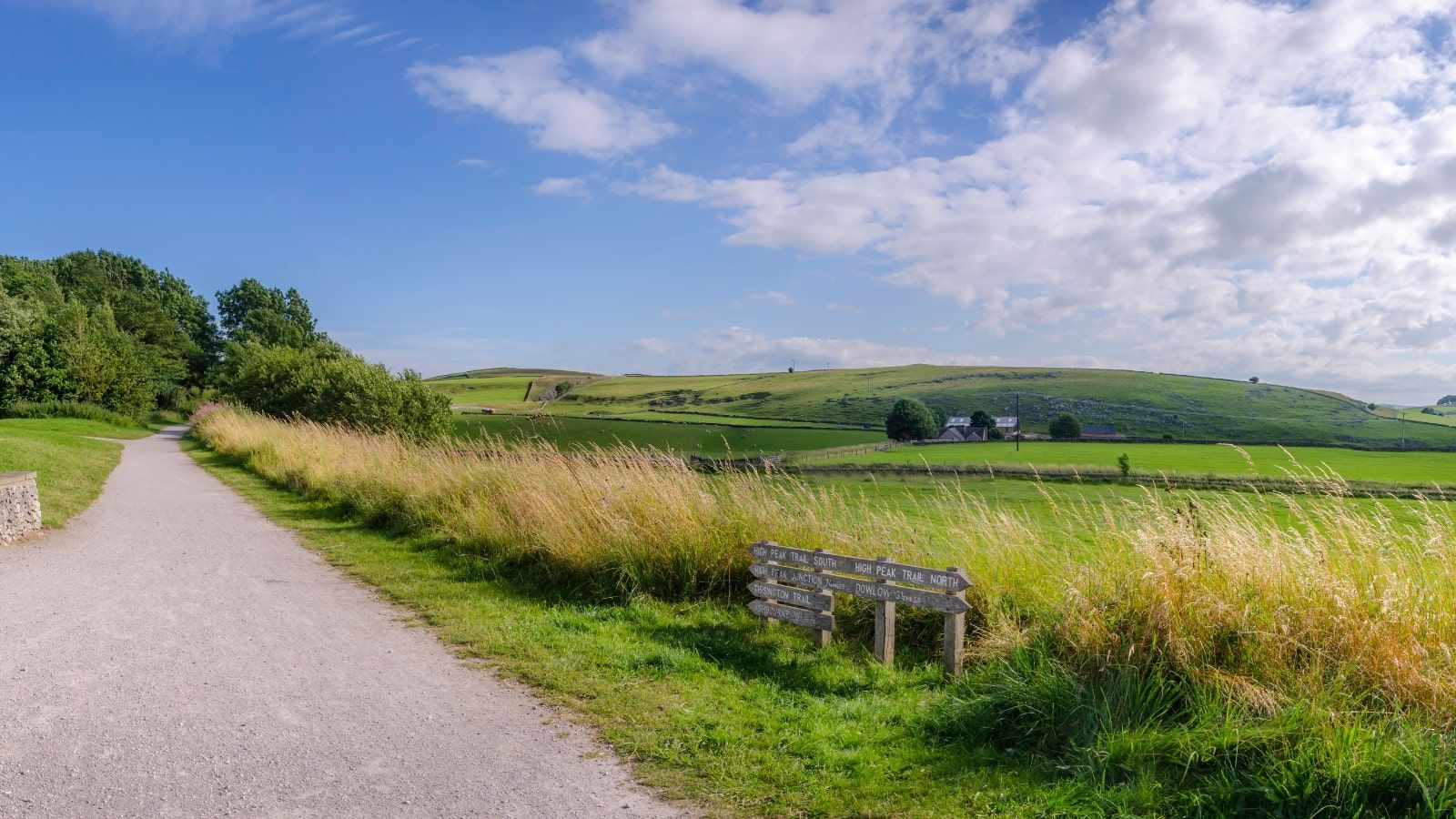 *Emery Down Trail, New Forest National Park
Located near Lyndhurst, Hampshire.
The Emery Down trail is well known for its historic church, charming almshouses and as the birthplace of well-known snake-catcher Brusher Mills. A beautiful bridleway, especially in Autumn with the glow of golden leaves, takes you by Northerwood House, Bunkers Hill, Pikes Hill and Swan Green where you can find a picturesque cricket pitch with perfect thatched cottages and ponies. 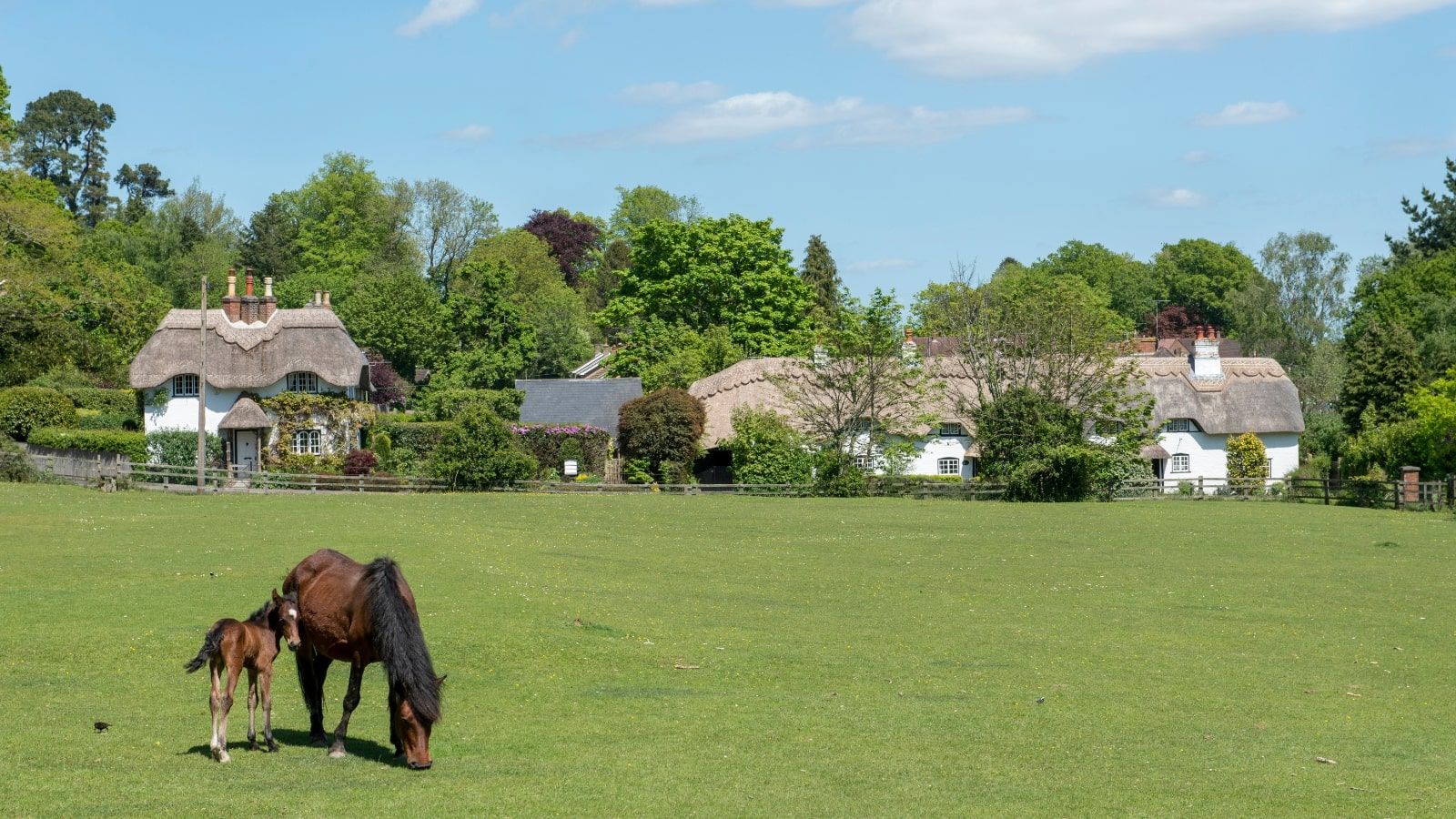 Thames Path Challenge
Along the River Thames, London.
If you fancy a challenge, then this one is for you. The Thames Path route starts at Putney Bridge, running past Hampton Court to Runnymede of Magna Carta fame at 50km. Following, you will find incredible historical scenery to Henley. With half & quarter distance options - there's a challenge for everyone. 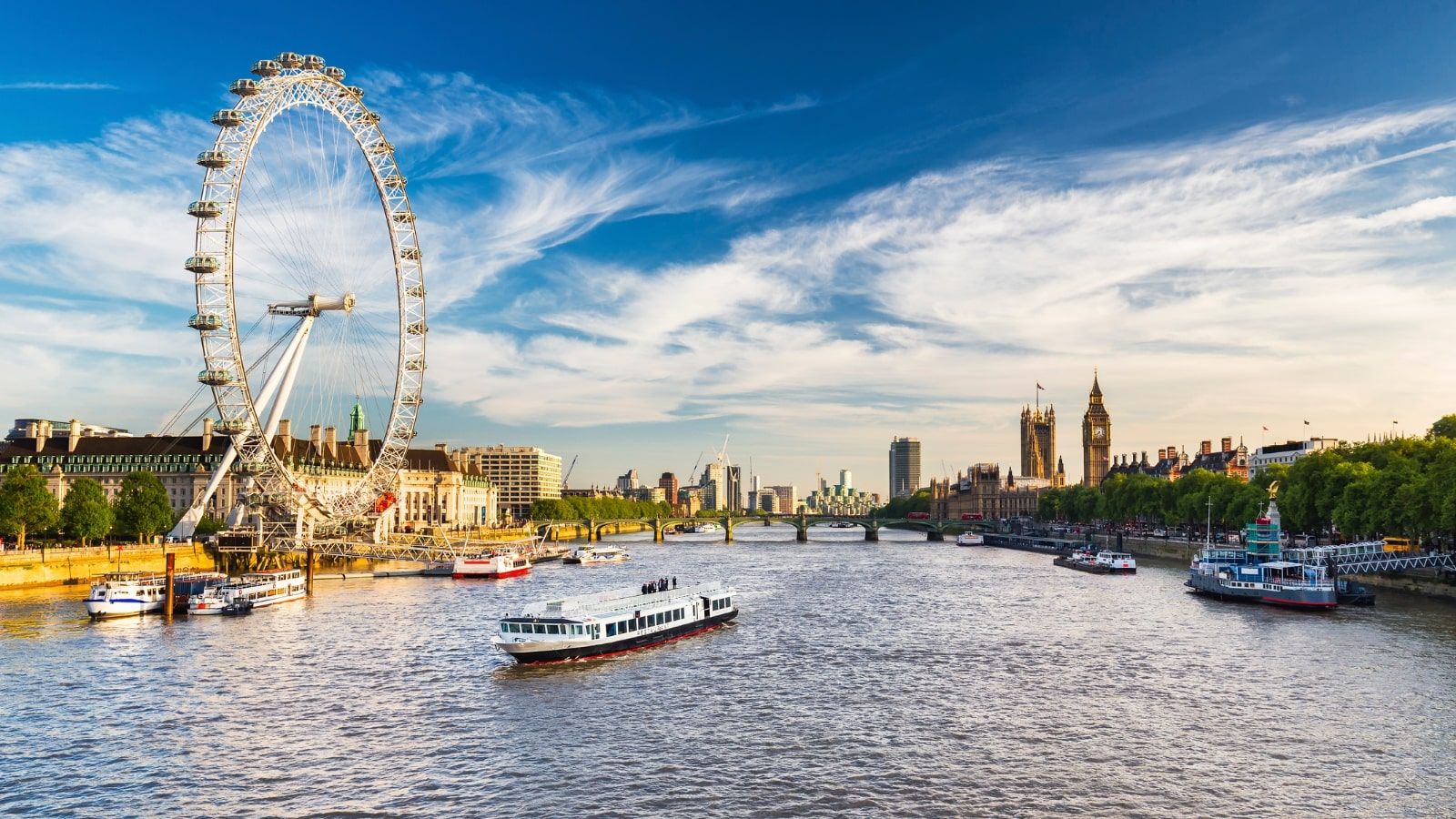 If you’re looking for accommodation near one of the above trails, you can find static caravans for hire via UKcaravans4hire.com’s online booking platform.